Authors:
Carl Mears
Date Added:
Saturday, May 14, 2011
At the beginning of 2010, the tropical climate system was undergoing a strong El Niño event, characterized by reduced oceanic upwelling in the tropical pacific, leading to warmer than normal SSTs near the equator in the pacific.  This in turn causes warmer than normal temperatures throughout the tropical troposphere.  This can clearly be seen in the average TLT anomalies for January-June 2010, as shown by the map below. 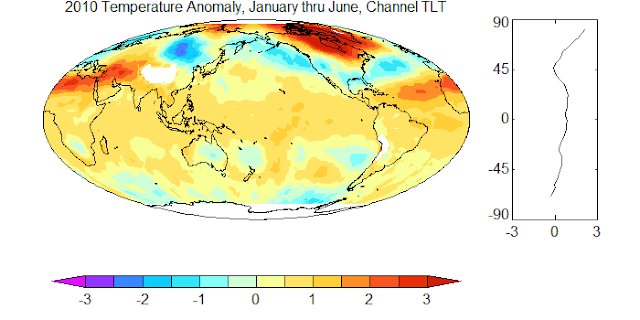 As the year went on, the climate system underwent a transition to the La Niña phase.  La Niña is characterized by enhanced oceanic upwelling, leading to lower than normal SSTs in the Tropical Pacific, and lower than normal atmospheric temperatures in the tropics.  The effects of this transition can be seen in the July-December anomalies mapped below.  Note that the strong positive anomaly over Northeastern Canada and Greenland persisted despite the transition to La Niña conditions. 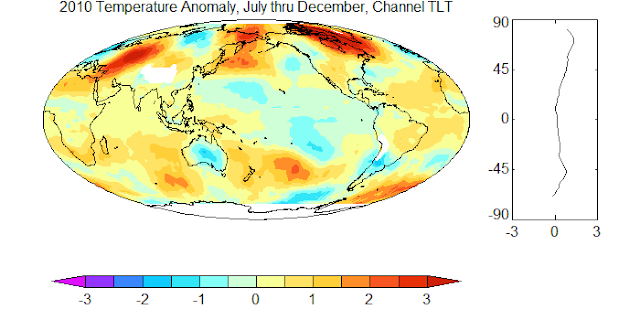 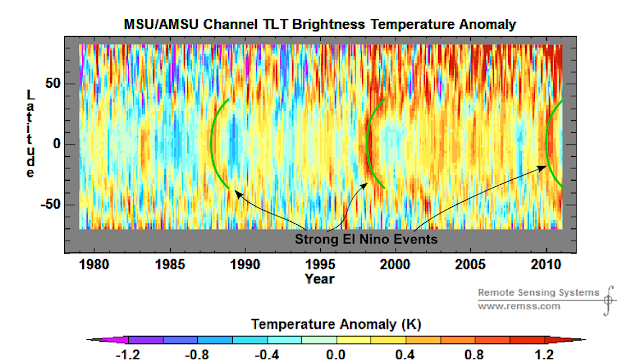